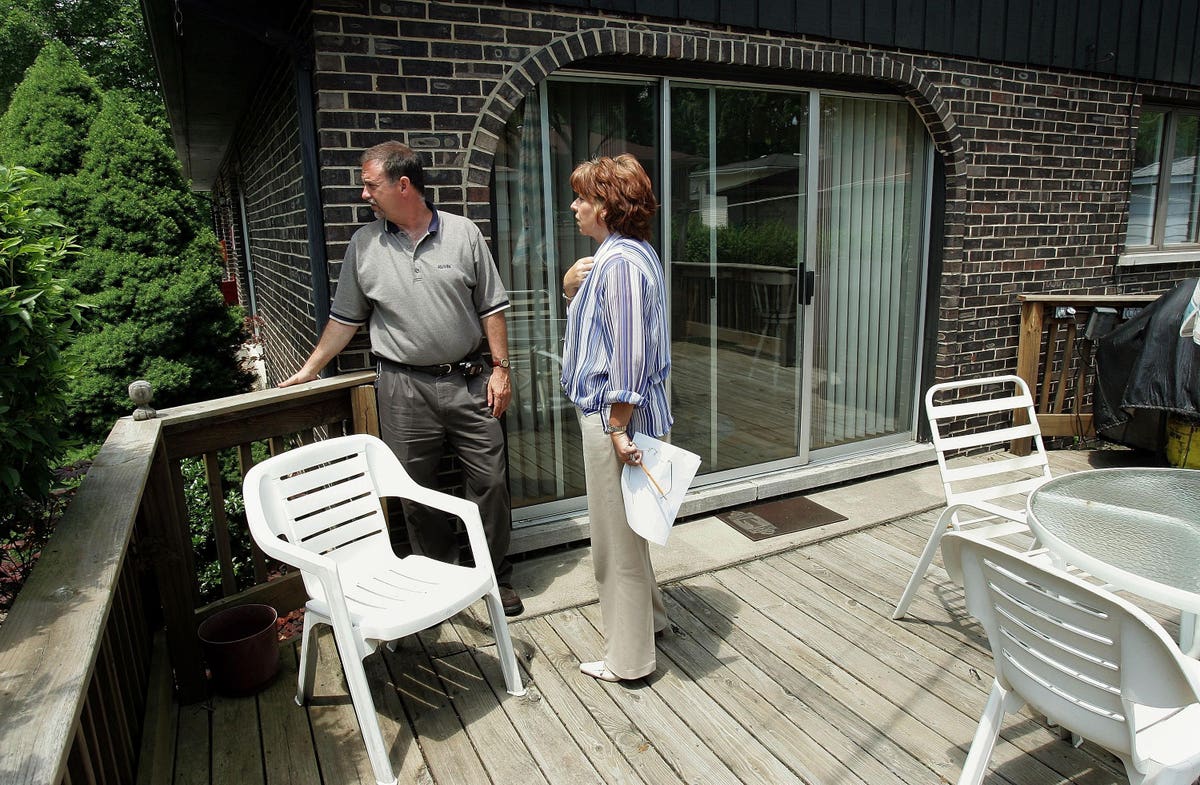 While home sellers might enjoy seeing potential buyers fight over their homes, the housing market is seeing a decline in bidding wars, leaving those buyers who are still waiting on the sidelines more options and negotiating power.

Nationwide, 44.3% of home offers written by Redfin agents faced competition on a seasonally adjusted basis in July, compared with a revised rate of 50.9% one month earlier and 63.8% one year earlier, according to a new report from Redfin, a technology-powered real estate brokerage. That’s the sixth-straight monthly decline and the lowest share on record with the exception of April 2020, when the onset of the coronavirus pandemic brought the housing market to a near standstill.

The typical home in a bidding war received 3.5 offers in July, compared with 4.1 a month earlier and 5.3 one year earlier, according to data submitted by Redfin agents nationwide. Redfin’s bidding war data goes back through April 2020.

Buyer competition is cooling as more Americans are priced out of the housing market due to higher mortgage rates and inflation. Properties are lingering on the market longer and the housing shortage is easing up, giving buyers more options to choose from and room to negotiate. Some sellers are slashing their asking prices as a result. Roughly 8% of listings on the market each week experience a price cut, the highest share on record.

“The market is wildly different than it was a few months ago,” said Alexis Malin, a Redfin real estate agent representing buyers in Jacksonville, Florida. “Buyers are competing with one to two other offers instead of four to eight. Some aren’t facing competition at all. There’s not the same sense of urgency. House hunters are scheduling tours four days in advance instead of one, and they’re becoming much more selective. If a home doesn’t check all of their boxes, they’re waiting until they find one that does. Six months ago, buyers were taking any house they could get.”

Malin added, “Buyers have also started writing offers for less than sellers’ list prices—a reversal from the height of the pandemic, when homes were going for tens of thousands of dollars over asking. I haven’t written an over-asking offer in a month.”

With the scales of the housing market tipping increasingly in buyers’ favor, Spokane, Washington Redfin agent Brynn Rea has a few tips for sellers:

“Sellers should make sure their home is move-in ready and not overpriced,” said Rea. “They should do everything possible to make their property pristine for the masses—invest in updates and make it feel fresh. Doing little things like replacing faulty faucets or painting walls will help sell a home more quickly.”

Phoenix, Austin and Nashville have the lowest rates of competition

In Phoenix, just over one quarter (26.6%) of home offers written by Redfin agents encountered competition in July—the lowest share among the 36 metropolitan areas Redfin analyzed. Rounding out the bottom five were Riverside, California (31%), Seattle (31.5%), Austin, Texas (31.7%) and Nashville (33.3%).

Many of these areas attracted scores of out-of-town buyers during the pandemic, pushing up prices and rendering them prohibitively expensive for some house hunters—one reason they now have relatively low bidding-war rates. The average out-of-towner moving to Nashville last year had $736,900 to spend on a home, a 28.5% higher than average budget for local buyers—the largest gap among cities recently analyzed by Redfin.

To be included in this analysis, metros must have had a monthly average of at least 50 offers submitted by Redfin agents from March 2021 to March 2022.

Housing market competition fell the most in Orlando, Nashville and Sacramento

There were no metros in which the bidding-war rate increased on a year-over-year basis.

Townhouses are most likely to encounter competition

Townhouses were more likely than any other property type to face bidding wars, with 43.5% of Redfin offers encountering competition in July. Next came single-family homes (42.9%), condos/co-ops (39.7%) and multifamily properties (38.9%).

Some buyers have sought out townhouses, which are typically smaller and more affordable, because they’re priced out of the market for single-family homes. The typical home that went under contract in March was 1,720 square feet, down 1.8% from 1,751 square feet a year earlier.